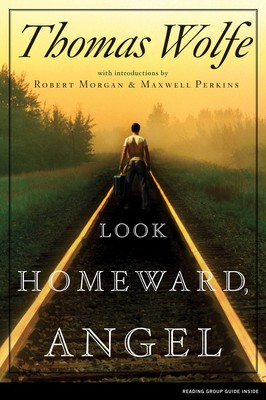 Too late for song! His mode be mine.

What seems to us for us is true. What fortune did my heart foretell? My bride to be! Good Mrs. What is this? Here she is. Is he indeed her choice? Oh, treason! Did first his beauty wake her sighs? You fool! Half Puritan, half Cavalier! But here she comes!

What may I mean? Oh, your Petrarch! Oh, how I loved her! Who for a year is sure of fate!

5 Common Signs From Our Deceased Loved Ones

It might not and it should not be! A pausing foot, a flash of dress, And a sweet voice. How sweet a tongue the music had! Nothing at heart but handsome Blondes! What should I do? And studious hours. O, mighty stir that little meant!

Ah, that sweet laugh! If, only now his heart would break! But, oh, how much a heart can hold. Now both are bound with alien laws! Good-day; and thank you for your prayer. Be it so. I ended. She put the question, if they ought? I am not well. But He who made the heart To use proportions joy. Let Love not err! Thank you!

Good morning, Aunt! Who handsome gets should handsome pay!

Aunt, you are friends! Good morning! Siegfried sued Kriemhild. Shall Love, where last I leave him, halt? How should I greet him?

So he had slighted me as well! To marry her and take her home!


This, Dearest, is our last farewell. Lastly, no personal reverence doff. The charge is fair, The wines good. Why , having won her, do I woo? But now, Sweet, for your praise and blame. A spirit is terrible though dear! It comes by night, and sucks my breath, And draws me with desire and fear.

The central message here isn't so much "God bless us, Everyone" as "God save us, Everyone. So long as you talk you don't fight When we stop talking, we start swinging, and then we bleed. Then we got problems, like winding up dead.. In all honesty, it is easy to mock the idealism behind Carol For Another Christmas.

see But to do so is to do so with hindsight and, in many ways, this was a brave piece of programming for Christmas ,when the World was genuinely looking the prospect of nuclear annihilation square in the face. Over the next 12 months more American sons would start heading off, in ever increasing numbers, to die or be maimed in a foreign country called Vietnam, and parents across the land would be asking the same question that Daniel Grudge is asking.

So, the moral of the film was sound and, to an extent, and somewhat depressingly, it still is. It's just that the preachy, self righteous way it goes about making its point starts to grate very early on and you start wishing that Mr. Magoo would turn up and lighten the mood a little. With Fred having departed, Daniel goes to close the front door and, as he does so, there in the glass he sees a reflection of his dead son, Marley. Hoorah, you think, the sermon's over. Turning, Daniel glances through the door to the dining room, and there he is again, Marley, occupying the place his doting dad has been setting for him at the table for the last 20 years.

Except, when he looks again there's no sign of him. Here come the creepy bits, you think. Suddenly, the plaintive voices of the Andrew Sisters break the silence, and Daniel casts a concerned glance upstairs, just as Charles, his loyal butler, shuffles past, evidently oblivious to the ghostly tones. Marley fails to appear at all. Apparently, the ghost of Marley was meant to have been played by Peter Fonda, which is why the portrait in Daniel's house bears an uncanny resemblance to him.

But, for reasons that have never been explained, his scenes were cut from the finished programme. So, without knowing why it's happening, which, after all, was the reason for Marley's appearance in the first place, poor old Daniel finds himself on board a ship on a foggy night and, without so much as a by or leave - nor, for that matter, a word of explanation - he comes face to face with crooner Steve Lawrence, dressed as an infantryman with the World War One American Expeditionary Force AEF.

Daniel appears as confused as we are. After all, like us, he's not had the benefit of Marley having dropped by to put all this into context. But the exchanges between him and Grudge are so top heavy with UN propaganda and pro-isolationist rhetoric - the latter being clumsily scripted to show the absurdity of such a stance - that you find yourself in the strange position of not being sure whether you should reach for the mistletoe or a missile. And so we follow Grudge through his Christmas's past and present and on to the future which, as it transpires surprise, surprise , is a post-apocalyptic future where the Ghost of Christmas Yet To Come, played by Robert Shaw, can't tell Grudge what year they've arrived in because no-one saw the necessity for calendars " As Grudge stands amongst the ruins of the Town Meeting Hall, we are treated to an appearance by the late, great Peter Sellers who - in a scene that is reminiscent of Dr Strangelove which Sellers had made earlier that year and had then managed to fit a heart attack into the narrow gap between the two projects - plays a demagogue who calls himself the "Imperial Me" and who is carried in aloft by his adoring disciples whilst the assembled mob scream hysterically in a manner not unlike the screaming fans that greeted the arrival of the Beatles on American soil that year!

As the final credits roll, you feel utterly drained, as you mutter to yourself that you will try to be a better human being. But, all joking and cynicism aside, Carol For Another Christmas does have a certain nostalgic charm about it and the performances from the various actors are gripping, albeit depressing. You can also watch several clips at the Turner Classic Movie Channel. The editing is a little dodgy in this , animated, re-telling of the story, but it does have a gloomy atmosphere that is not out of keeping with the book, and the Scrooge we are introduced to at the beginning is a delightfully unpleasant incarnation.

There is a bizarre moment early on when Fred, Scrooge's nephew, turns up at the counting house and, for some reason, feels it necessary to burst into song, accompanied by a full orchestra playing from somewhere deep within the depths of Scrooge's counting house! Since it's the only musical number in the whole programme, you can't help wondering if he did it simply to annoy his crotchety old uncle even more!

Scrooge, however, gives as good as he gets and responds with a rasping musical retort, only to be rebuked, in song again, by Fred and his hidden orchestra. At which point, Bob Cratchit - who, by the fawning look he gives him seems to have developed a massive crush on young Fred - interjects with a half-hearted handclap and an encouraging "here, here," whereupon Scrooge brings the ditty to an abrupt halt, and, presumably out of concern for Bob's blood pressure, musical numbers are banned from the rest of the film.

Marley's ghost is particularly spooky, albeit Scrooge seems to black out several times throughout the visitation and, during his conscious moments, manages to, mysteriously, materialise in different parts of the room with such seamless dexterity that it's a wonder the ghost doesn't get fed up of trying to focus on him, call it quits, and tell him to stay miserable for the rest of his life.

All in all though, this version makes a good effort at re-telling the story, and its target audience - of which, given the fact is was made in , I was one - would, no doubt, have loved it.

We'd had Oliver and Pickwick and so the time seemed right to give Dickens Christmas classic the full razzle-dazzle musical treatment - they had a head start with this one since Dickens had, after all, written it in staves as opposed to chapters. Thus Scrooge, in the robustly miserable form of Albert Finney, waltzed onto the screen, accompanied by a cast of all singing, all dancing, classically trained authentic working-class cockneys. The sets really do capture the flavour of Victorian London, although I suspect there would have been a little less singing and dancing in the more poverty stricken parts of the 19th century Metropolis.

Alec Guinness drops in as an, initially, quite camp Jacob Marley. In fact, he enters the room with such a convincing mince that you fully expect Scrooge to enquire "are you free Mr. Marley" and then await a spectral "I'm free. Edith Evans appears as the Ghost of Christmas Past - evidently having forgotten to change out of her Lady Bracknell or Miss Western costumes from previous movies - and playing the spirit as such a sweet old dear that your first thought is that it's the woman from the Gainsborough films topping up her pension in her dotage.